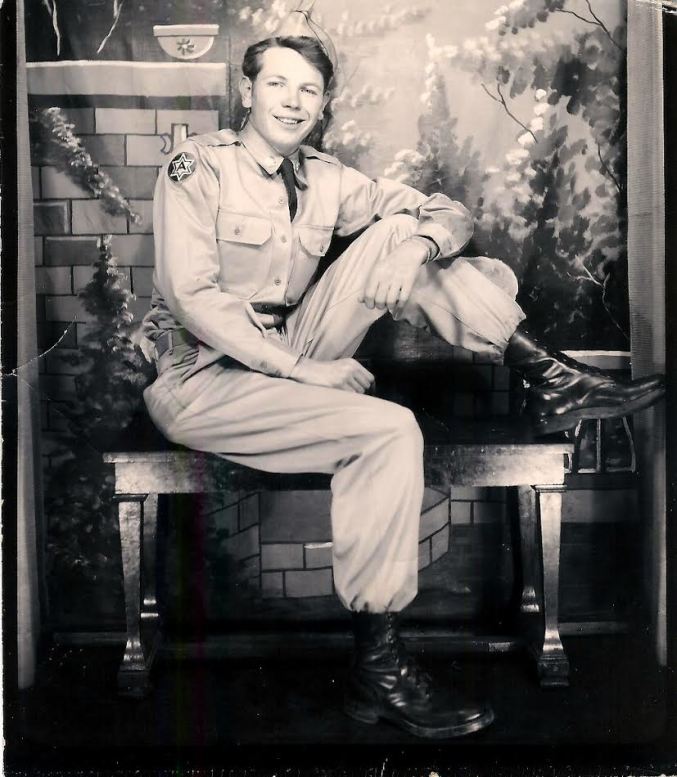 Let’s begin with an apology. I commence this testament as I enter my 83rd year as both a participant and a spectator. When I verbalize my personal recollections to grandchildren and great grandchildren their eyes immediately glaze, or a text message demands their attention. My immediate offspring are somewhat more attentive, but suggest that I record my memoirs in print to be read at a more convenient time by God knows whom. As a designated “codger” I realize that time is indeed of the essence.

Therefore, come with me, if you will, to a memory land where once existed a 153-square mile Nevada community which was legislatively extinguished April Fools’ Day, 1969. Our time capsule visit will allow us to recall a small community having many of the same challenges that yet distress today’s governmental bodies.

The chronological slice of history we will be examining existed sandwiched between the end of World War II and the Korean War truce., 1945-1953. The place was then named Ormsby County, Nevada, which accommodated the state’s capital Carson City, the Stewart Indian School and the Carson Indian Colony. The county’s population hovered somewhere around three thousand residents.

In those times, the title of mayor was for the most part honorary. The harmony of the county was orchestrated by Sheriff Lester Smith and Chief of Police Howard Hoffman. Vail Pittman and Charles Russell were the state’s governors and much of the county’s political superstructure was determined by Nevada’s Legislature.

The county doctor was Dr. Thom. The nearest hospital was 30 miles away in Reno, however there were a couple of local medical practitioners who visited patients when requested. Cash, interest free time payments and barter were acceptable payment modes for professional services. Those with infectious childhood diseases were quarantined to their residences. Polio was serious threat; today’s vaccine had not yet been created. Childhood diabetes was often fatal.

Most legal activity revolved around Nevada’s unique “quickie divorce” activity. Lawyers were not allowed to advertise in those times. (In 1977, a U.S. Supreme Court decision granted lawyers access to advertising media thereby creating today’s litigation neurosis.) Television had not been introduced and Reno’s KOH was the only decipherable radio station during daylight hours. FM radio did not exist but AM stations from as far as Texas came in loud and strong after sundown.

Carson City’s back streets were mostly unpaved and without stop signs. There were no stop lights anywhere. Carson’s only High School and Carson’s only Grade School were a block apart off King Street. They were separated by the Tahoe Brewery and St. Theresa’s Catholic Church. A kitchen in the Grade School provided hot lunch for both schools for 25 cents. Otherwise students brought brown bag lunches from their residence. The school district had one surplus navy grey school bus left over from WW II. The Stewart Indian School had a then modern yellow school bus.

Mr. Bowen ran the Carson movie theatre, which had 10 cents a bag mechanical popcorn machine as its only concession. The Senator and Tommy’s Victory Club were the largest casinos and the Arlington was the most elegant hotel. Burger’s pool hall was a hangout for males of every age. Cash Mercantile was our “department” store and George Meyers owned the hardware store and was chief of the volunteer fire department. Dick Waters owned the classy resort known as Carson Hot Springs. Until 1950, The Virginia Truckee Railroad cut through the town’s streets connecting Reno with the Minden Creamery in Douglas County.

We had no fast food or drive in restaurants, but The Dutch Mill, Pine Cone and E-Jim’s were teen age friendly.

The local economy was based on multiple branches of government employment and the traditional business entities found in just about all small communities. U.S. 395 and the Virginia Truckee provided a speed limit free passage northward to Reno where existed a Sears-Roebuck Store. The Sears Catalog was the Amazon.com of postwar America.

O.K. enough of the demographic coloring of the times. Let’s examine the social challenges of the era and the then acceptable methodology for managing the issues.

Keep in mind that, at that time the philosophy of eugenics, related to what was then perceived as the “general good,” rather than perceived “individual civil rights,” was considered acceptable. In the late 1950’s ethical and moral values along with academic, political and judicial re posturing introduced efforts to level the demographic opportunities of all Americans.

However, I must risk offending today’s reader by again reminding them this was also a time before the Supreme Court determined it was acceptable for trial lawyers to solicit business, before free speech was constrained by “politically correctness,” and before the majority of this nation’s national and state legislative bodies were for the most part attorneys with the capacity of both making laws and practicing law.

“Defend the poor and fatherless: do justice to the afflicted and needy.” (Psalms 82:3)

Excessive bail shall not be required, nor excessive fines imposed, nor cruel and unusual punishments inflicted. (8th Amendment, U.S. Constitution)

“And if thy right eye offends thee, pluck it out and cast it from thee: for it is profitable for: thee that one of thy members should perish, and not that thy whole body should be cast into hell.” (Matthew 5:29)

THE ORMSBY COUNTY POOR FARM
Highways U.S.50 and U.S 395 share the roadway for about three miles as you travel south from Carson City. At that point, they split with U.S. 50 heading generally westward toward Lake Tahoe and U.S. 395 proceeding south toward Minden and Gardnerville, Nevada. Sandwiched between today’s branching highways from the early 1860’s until 1965, this was the location of Ormsby County’s Poor Farm.

For over 100 years it housed, fed and provided relief and limited economic stability for the county’s poor and homeless adults. Today virtually all signs of the various facilities are gone. The grounds that once provided for those who had nowhere else to go have been re-designated as Fuji Park, a recreation and entertainment area managed by the consolidated municipality that replaced Ormsby County.

A great deal of the institution’s financial requirements was provided through the selectively assigned labor capabilities of the residents. Yesterday’s culture did not consider compelling those who could do so to work in exchange for room, board and a small allowance. Involuntary servitude was not then considered an issue.

As a child and an avid brook trout fisherman I regularly pedaled south from Carson City to Clear Creek running from the high Sierras through the Poor Farm. It delivered clear fresh water in unlimited quantity and provided for a small fish hatchery tended by residents. In addition to fingerling fish stock the properties also generated income with a huge truck garden, a small dairy, firewood harvested from the adjacent forest and the sale of milk weaned lambs and calves and pigs.

I also recall the clustered residential cottages somewhat similar to the trailer size “tiny houses” being marketed today. The main building in which provided a common kitchen had gravity fed plumbing. The cottages required hand carried water as well as chamber pots. On occasion, I had opportunity to visit one of the several out houses where I assume the chamber pots were emptied. The property also had water well or gravity fed hand operated water pumps. I am not aware of how they managed water flow in midwinter. Clear Creek carried water from the Sierras through the Poor Farm property. Cast iron wood stoves provided heat.

I recall a rather large matronly lady named Minnie Waterhouse as the person in charge. She had a leashed pet chihuahua as her constant traveling companion. I still remember the sidewise gait of the tiny dog, one bulging eye looking forward while the other determined where Big Minni’s next footstep would land.

Needless to say, Poor Farm residents had to be mentally and physically fit enough to contribute toward their relief and to comply with the protocols and disciplines of the county facility.

Ormsby County’s population was small enough that itinerant vagrants, nomads and ne’er-do-wells were easily identified by local peace officers and escorted to the county line or, on occasion, given a “floater” bus ticket to a conceivably more tolerant location.

Thus: In what is now interpreted as draconian fashion and court orders, did Ormsby County, Nevada, master and contain the poor and homeless along with her criminal and deranged adult challenges. Residents of that period seemed content with the existing system.

The acreage adjacent to the property was supported by agricultural and livestock associated endeavors supporting the nutritional and economic funding pertaining to the institution. Residents of the facility were assigned chores related to these functions and the domestic requirements related to household requirements. They attended Carson grade School and Carson High School as did all Ormsby County’s children.

For well detailed facts and photos related to the facility I would recommend reading Bonnie Boice Nishikawa’s Nevada State Orphans/Children’s Home, (My Life as a “Home” Kid), Published in 2016 -ISBN:978-0-9960968-2-9. Her presentation and documentation are outstanding.

Early history related to these “Juvenile Justice” systems has been pretty much white-washed by modern historians. Today’s re-structured and re-defined version of these two facilities are no longer gender specific and would appear discipline restrictive by litigation neurosis and politically correct dogma. (Remember I am a codger recalling the way it was then and not how it should have been by today’s standards.

In 1946, The Eagle Valley Children’s Home for children with profound or severe intellectual disability was founded bit northeast of Carson City. The facility yet exists and is for the most part privately funded.

This is a text widget. The Text Widget allows you to add text or HTML to your sidebar. You can use a text widget to display text, links, images, HTML, or a combination of these. Edit them in the Widget section of the Customizer.
Loading Comments...